Home
Content Strategy
How to Write a Top-Notch Company Boilerplate

How to Write a Top-Notch Company Boilerplate

By: Compose.ly — Feb 26, 2020
Table of Contents
Sign up for our newsletter to get exclusive content marketing news and resources.

You'll generally find a company's boilerplate statement as a key element of press releases—it's essentially a corporate summary that's reprinted word-for-word at the end of every press release. Its copy is standardized, so you can include it with every formal document that your company publishes. However, most entrepreneurs aren't PR people, so they don't know how to write a good boilerplate.

Below, we'll show you how to write a powerful company boilerplate to amp up the effectiveness of your press releases. We'll also provide a checklist to make sure you hit all the critical points, as well as a few boilerplate statement examples for your reference.

What is a company boilerplate?

A company boilerplate statement is a paragraph of text at the bottom of a press release. It's a standardized text that contains background on your company like:

For an example, take a look at this press release from Sony Electronics. At the bottom, there is a section with the heading "About Sony Electronics, Inc." This is where the company boilerplate appears:

If you take a look at some other press releases from Sony, you'll see the exact same text repeated verbatim. Summarizing your company with some basic info sounds easy, doesn't it? Well, not so fast.

Why do boilerplates even matter?

It's a simple enough concept, but a truly impactful company boilerplate makes all the difference to how a press release is received.

Remember that a press release is an opportunity to get just a few moments of someone's time to deliver a quick message. You don't have long to make a strong impression. Now, imagine that the introduction and body of your press release is perfect, but your boilerplate isn't written well.

Since your boilerplate is your chance to tell readers who you are, an unclear or incomplete boilerplate ruins the impact of the rest of your press release. Not only will it be hard to discern who you are and what you do, but readers will also come away with a negative impression.

Bad company boilerplates are press release killers. After all, a message can't be effective if the receiver doesn't know who is sending it! That's why your boilerplate copy is so important.

Struggling to write a compelling but succinct boilerplate for your business? Use our simple company boilerplate template as a starting point. You can save or download a copy of the template to your computer and customize it Mad Libs style.

Our template also includes optional "detail" sentences for including additional details about your company. Download it asap to use for your next press release!

What should a company boilerplate include?

Journalists receive between 100 to 400 business-related emails every day. As part of this email pile, dozens of press release submissions wait for journalists to sift through them weekly. With so many similar-looking pitches to dig through, a distinct feel makes all the difference. Companies that send press releases all start sounding the same in journalists' minds. A truly great boilerplate will breed interest and trust among the journalists whose attention you're trying to capture. With so many companies competing for the same eyes, your boilerplate is what gets your company to the top of the pile.

So, what should a company boilerplate include to accomplish this?

Your company boilerplate should describe your company's origins and achievements. Write it in a way that demonstrates how great your company is at what it does. It should add clarity and power to your press releases by making your company stand out.

By sticking in journalists' minds, your press release is more likely to be published. A great boilerplate also makes it easier for journalists to do their jobs. These journalists cover companies like yours every day, so giving them a favorable impression is a huge win for your public relations efforts.

In addition to information on your company's history, mission, products, and achievements, a good boilerplate should include information to make the press release more searchable. Using target keywords throughout your boilerplate will help it achieve a higher ranking on Google, causing it to show up in search results for more readers.

Understand, however, that when it comes to keywords, you don't want to end up with too much of a good thing. You want the press release to flow naturally and not feel like it's "keyword stuffed." If you have to put in a lot of effort to include a keyword, you're probably keyword stuffing. Every keyword should feel like it belongs and fits organically with the text around it.

A good boilerplate should also include a call to action. It should give readers a next step, such as visiting your company's blog.

The CTA should never be ignored. But the main part of your boilerplate—the part that will make or break it—is the positioning statement. We'll discuss this next.

A boilerplate's positioning statement is a one-sentence statement that shows the reader why your company is newsworthy. It should portray what makes your company unique and significant.

For example, is your company the first national brand to offer farm-to-table meal kits for vegans and vegetarians? Are you the largest provider of saddles and riding equipment in the state of Texas?

These are the kinds of things you should include in your positioning statement. Make this the first or second sentence of your boilerplate.

Use the positioning statement to present the main achievement of your company. You want it to tell the reader that your company is one that deserves to be written about!

Other Key Items to Include

The purpose of a press release and company boilerplate is twofold: you're trying to appeal to journalists, but you're also trying to market your company's offerings to readers. For that reason, when you are crafting your company boilerplate, you should keep your marketing goals in mind. Think of the products you most want to promote and be known for and include them in your boilerplate.

On that same note, a big part of marketing is knowing what not to talk about. Your boilerplate marketing concept is no different. The following list provides a summary of basic information and whether or not you'll want to include it.

Checklist for an Awesome Boilerplate

Once you've written your boilerplate, use this quick-reference checklist to make sure it hits all the main marks. Once finalized, you can use it as a boilerplate example template and just update its relevant details whenever new developments occur that are worth including.

If you're like many people, you learn best when you are able to review some examples. To that end, the following are some sample boilerplates from three different companies. Take a look at these company boilerplate examples to see how it's done. After each example, we'll outline what makes these examples effective.

For our first press release boilerplate example, we'll start with a company boilerplate used by Hershey, one of the most recognizable candy brands in the US:

In this press release, notice how Hershey points out how long they've in been in business, making note of a major milestone. But more importantly, the way they summarize their company focuses on being extremely positive and highlighting the social benefits of Hershey's work. You'll also notice they included information showcasing that they have dozens of brands and employ thousands of workers, highlighting the success of the company.

For another boilerplate press release example, take a look at the below boilerplate from AMD. Also known as Advanced Micro Devices, they're one of the world's largest manufacturers of graphics cards and other technologies. Here is their press release boilerplate:

In this boilerplate, AMD emphasizes that they reach the needs not only of individual consumers, but large corporations and research facilities as well. This portrays the "big picture" of a world-changing company, going beyond one that simply offers retail graphics cards for gamers. Notice that the boilerplate provides AMD's stock ticker and encourages readers to visit the company website, blog, and social media links as a call to action. This boilerplate is quite brief, but it opens with a positioning statement and then goes into more detail regarding the achievements and global impact of the company.

Also note the positioning statement. AMD's boilerplate statement example shows that they provide the building blocks for many technologies to function. More than just a technology provider, they show that they are a digital infrastructure company as well. This highlights the company's broad reach.

For another boilerplate language example, take a look at Amgen. They are a biotechnology company that recently announced a partnership with Harvard University. Here is Amgen's company boilerplate, taken from a press release on Harvard's website:

You don't want your boilerplate to be too short and not say enough—or too long and become hard to read. Amgen's boilerplate is right on the cusp of being too long. With just one more paragraph, it would be too wordy. While the Hershey and AMD boilerplates are a bit more succinct, Amgen's still stays within an ideal range.

Amgen is a scientific company that is involved in lots of technical research and product development, but the boilerplate uses easy-to-read words without resorting to advanced technical jargon.

This is an important point. You want your boilerplate, and press release in general, to be accessible to a general audience, avoiding overly technical words. Assume that no one reading will be an expert in your industry, and they won't know any technical terms.

Writing an amazing boilerplate may not be complicated, but it's something you want to put great care and thought into. After all, the boilerplate is a mainstay of your public relations efforts and forms the basis for how journalists—and, ultimately, the news-reading public—view your company.

Your company is doing awesome things, after all. Make sure journalists know about them!

This article was written by Compose.ly writer Eric Raue. 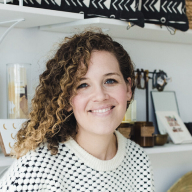 A pillar content strategy can help you deliver the most valuable, relevant content to your audience. Learn how to develop one in this article.
Read More
Jan 05, 2023  |  Compose.ly

How To Create Bottom of the Funnel Content That Converts

Find out what top-of-funnel content is, how it can be used to grow your business, and why you should be including it in your content marketing strategies.
Read More 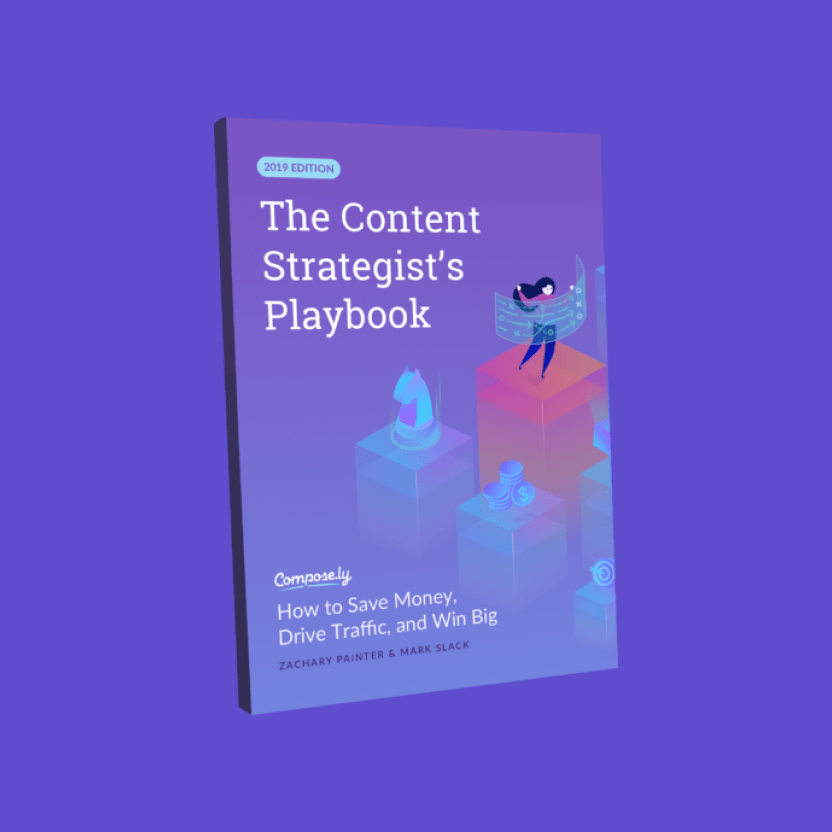